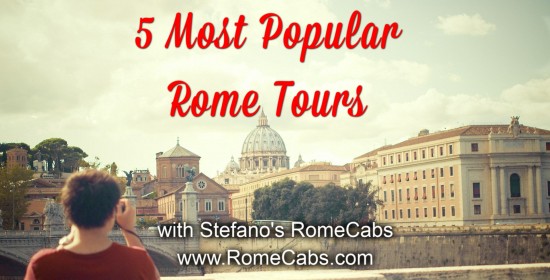 Rome is one of the most popular destinations in Italy (and Europe!) for travelers and cruisers, and we offer several exciting itineraries to explore Rome Tours from Rome hotel and on Shore Excursions from Civitavecchia.

We included the 5 most popular Rome tours based on the most frequently booked by travelers and cruisers over the years.

The most popular of all Rome Tours is  Rome in a Day. It has been our first tour of Rome for more than 15 years, and it remains the most frequently booked tour as well for good reason (many good reasons in fact!).

Rome in A Day takes you on a fun-packed day starting with “Ancient Rome” to see the Colosseum from Colosseum Square and visit the Pantheon, a postcard-perfect view of the Roman Forum from a secret terrace on Capitoline Hill, and a stop to admire the outlined ruins of what once used to be the formidable Circus Maximus (ancient Roman chariot race arena).

Rome in A Day Tour Itinerary 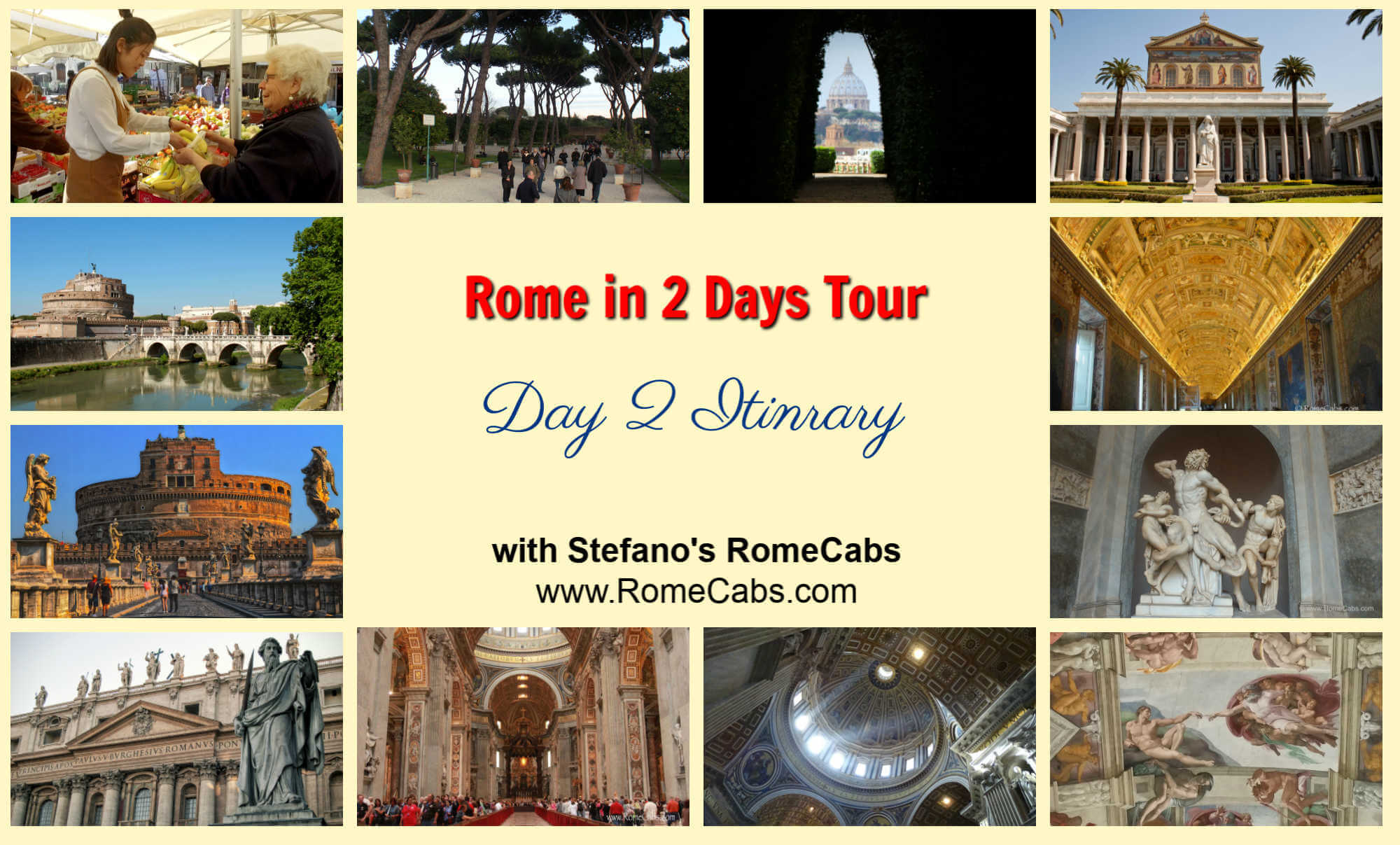 For Rome lovers who look for Rome tours that offer them more sightseeing opportunities can’t get enough of Rome and wish to explore beyond just one day, we created the next popular tour: Rome in 2 Days.

Panoramic Rome Tour takes you to visit the Pantheon inside Piazza della Rotonda, enjoy Rome’s lively squares such as Piazza Navona, Spanish Steps, and Trevi Fountain, and visit St Peter’s Square which seems to embrace its visitors for a remarkable glimpse of St Peter’s Basilica from the outside.

Further into the Ancient Roman area, the Roman Forum will amaze you with a glimpse from the strategic terrace on Capitoline Hill and you will stop in Colosseum Square to enjoy a photographic view of the imposing Colosseum.

Your tour will conclude with a visit to the 12th-century Basilica of San Clemente with an unforgettable visit underground to explore 2 layers of ancient Roman ruins of a previous 4th-century church upon which the current one was built, and a 3rd century AD Roman house with an ancient Mithraic pagan temple.

This tour also takes you to some unique locations such as the Park of the Aqueducts and Ancient Appian Way which is out of Rome’s center and is best reached by car.

Watch our Rome at Night Tour - 5 Most Popular Rome Tours

If you’ve seen Rome during the day, you would be delighted at how magical it looks at night under the stars when the atmosphere changes entirely.

The best locations to see at night, which are included in the tour is the Colosseum (from outside only),  Via dei Fori Imperiali with Trajan’s Forum and Column, drive by Piazza Venezia to admire the massive white marble monument of Vittorio Emanuele II, the Trevi Fountain, view of the Roman Forum from Capitoline Hill, the subdued Spanish Steps, the Pantheon (outside viewing only) in Piazza della Rotonda, St Peter’s Square with a view of the awe-inspiring St Peter’s Basilica from the outside, and an overview of Rome under the starry sky from top of Janiculum hill.

We invite you to also visit our sister company Stefano Rome Tours and check out their movie-inspired tours Vacanze Romane / Roman Holiday and Angels and Demons Rome Tour.

Traveling to Rome, Italy in the summer? Check out our Italy Summer Travel Tips: