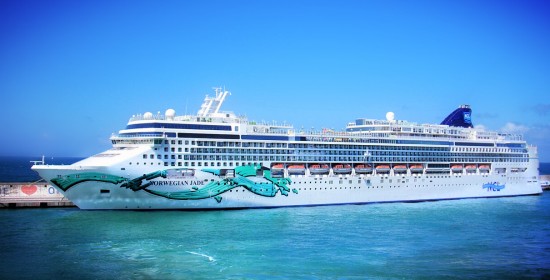 Rome is one of the most popular destinations in Italy cruisers filled with ancient history, culture, architecture, beauty, and charm.  The cruise port that serves Rome is Civitavecchia (about 1,5 hours away from Rome)

We included 5 Top Rome Shore Excursions from Civitavecchia that you can enjoy from your Cruise Ship.

Your personal English-speaking Driver will meet you right on the pier next to your ship in the morning for optimal convenience, take a driven tour of Rome to enjoy many of the Eternal City’s highlights.  In the afternoon, you will enjoy a leisurely drive through the countryside back to your ship in Civitavecchia.

Some of the Rome Shore Excursions included are offered by our sister company Stefano Rome Tours which specializes only in tours and Italy excursions.

You may CLICK on the TITLES of the tours to arrive at the actual TOUR PAGES where you will find detailed information about each tour, price lists, and options to book your preferred Rome Shore Excursions from Civitavecchia.

We will also include 3 NEW BONUS Shore Excursions from Civitavecchia that we added to our exclusive collection of private excursions.

ROME IN A DAY – Rome Shore Excursions from Civitavecchia

Rome in A Day takes you on a journey exploring the “Ancient Rome” area of the city to admire the Colosseum from Colosseum Square and visit the Pantheon, be awed by a picture-perfect panorama of the Roman Forum (with a bit of the Palatine Hill and Colosseum for a breathtaking view) from a special terrace on Capitoline Hill. Nearby, you will make a quick stop to admire the outline of what once used to be the magnificent Circus Maximus (ancient Rome’s chariot race arena).

After you leave Ancient Rome, you will enjoy a taste of La Dolce Vita with visits to the lively squares and fountains of the Trevi Fountain and the Spanish Steps.

After a delicious lunch at a local restaurant or trattoria of your choice, you will have the wonderful opportunity to visit the smallest country in the world:  Vatican City which houses the artistic treasure trove inside the Vatican Museums, the sacred Sistine Chapel with Michelangelo’s masterpiece frescoes, and St Peter’s Basilica – the most important church in all of Christendom.

At the end of your tour, your cameras full of memorable photos and your heart filled with joy, you can relax as your personal driver takes you back to your cruise ship.

We created our  Panoramic Rome Tour  due to high demand from cruisers who preferred to enjoy a more slow-paced flexible tour, avoid super crowded places such as the Colosseum and Vatican, and the flexibility of not having to purchase in advance non-refundable tickets at specific time slots as required by the Vatican Museums and Colosseum.

The Panoramic Rome Tour is also a preferred option on the First Sundays of the Month when the Colosseum has Free Entry (and thus incredibly crowded with visitors in hours-long lines to enter the monument) and when the Vatican Museums are closed.

On our Panoramic Rome Tour, you will enjoy a visit to the magnificent ancient Pantheon inside Piazza della Rotonda,  stroll through Rome’s lively squares: the elegant Spanish Steps, the oblong and entertaining Piazza Navona, the symphony of gushing waters at the Trevi Fountain, and St Peter’s Square that appears to embrace visitors with its vast colonnades for a remarkable view of St Peter’s Basilica from the outside.

After lunch you will explore the ancient Roman area of the city with a panoramic view of the Roman Forum (as well as a glimpse of the Palatine Hill and Colosseum) from the strategic terrace on Capitoline Hill.  You will also stop in Colosseum Square to enjoy a photographic view of the imposing Colosseum.

Our Seven Wonders of Ancient Rome is a very special tour for lovers of Ancient Roman architecture, history, and culture as it takes you on a journey to Rome’s most incredible architectural and engineering wonders:  the Colosseum, Circus Maximus, Baths of Caracalla, Via Appia (Ancient Appian Way), Park of the Aqueducts, Pantheon and Trajan’s Forum.

On this tour you will enjoy some unique locations outside of the city center such as Park of the Aqueducts and Ancient Appian Way for a more relaxing experience. 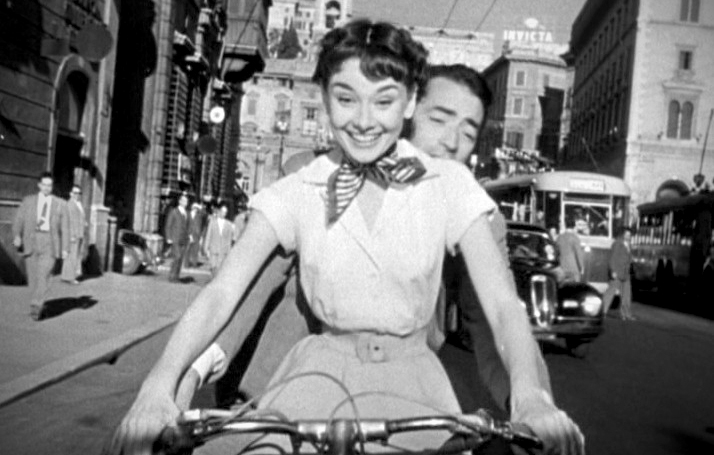 Vacanze Romane / Roman Holiday Tour is offered by our sister company Stefano Rome Tours, and inspired by the classic movie by the same name, starring Audrey Hepburn and Gregory Peck.

For decades this delightful romantic comedy has inspired so many worldwide with beautiful locations in Rome that added to the romance and charm. The beautiful iconic couple has been immortalized on souvenirs everywhere! Of all the Rome shore excursions, this is one the most fun ways to enjoy the Eternal city!

This tour will take you to the top locations in Rome where Vacanze Romane movie was filmed:  a visit to the Colosseum, a drive along Piazza Venezia, Teatro di Marcello and Palazzo Barberini, a stop on Capitoline Hill to view the Roman Forum, the Mouth of Truth (try it for yourself, and be sure to tell the truth or else!),  a stop to enjoy the view of the imposing Castel Sant’Angelo, a stop on the elegant Spanish Steps, a stroll along Via Margutta where Gregory Peck’s character lived, and the ancient Roman monument – the Pantheon.

The last but not least of the top 5 Rome Shore Excursions from Civitavecchia is another exciting tour from Stefano Rome Tours is Angels and Demons – hugely popular when the book and movie came out, and it remained popular over the years because this tour includes some of Rome’s most fabulous locations that are worth seeing and visiting – with or without inspiration from Dan Brown’s book and film.

The Angels and Demons tour is groped based on the Four Elements: Earth, Fire, Water,  and Air, along with other additional sites mentioned in the book and shown in the film.

The places included  in the Vacanze Romane / Roman Holiday tour are:

EARTH:  Santa Maria del Popolo Church features the famous Chigi Chapel (one of Raphael’s most important architectural masterpieces), and the paintings by the famous Caravaggio inside the Cerasi Chapel:   Conversion of St Paul and Crucifixion of St Peter

WATER:  Piazza Navona is a lively and entertaining oblong square that takes the shape of the ancient stadium of Emperor Domitian upon which it was built.  The square is dominated by the Fountain of Four Rivers by Gian Lorenzo Bernini which represents the rivers through the four known continents of the 1600s: Nile, Danube, Rio, and Plate.  The fountain is topped by a very tall Egyptian obelisk crowned with the symbol of Pope Innocent X who commissioned the fountain.

AIR: the Vatican.  The smallest country in the world, Vatican City houses the remarkable Vatican Museums that hold a treasure trove of artistic masterpieces from as far back as the classical era, the Sistine Chapel with Michelangelo’s famous frescoes,  and St Peter’s Basilica.

Unlike Robert Lange, you can enjoy all these famous and magnificent places in Rome at your leisure without having to save the world.

Here are your BONUS NEW Shore Excursions from Civitavecchia:

Can't decide between Rome and the Italian Countryside on your next shore excursion from Civitaecchia?

This exclusive RomeCabs Shore Excursion from Civitavecchia combines the best of both worlds: The Eternal City of Rome, and the resplendent Italian Medieval countryside.

On this exciting shore excursion, you will enjoy a taste of Rome's famous squares and monuments such as Colosseum Square to gaze at the monumental Colosseum, the Pantheon, Piazza Navona, the Spanish Steps, and the Trevi Fountain.

After your morning in Rome, you will journey to the Italian countryside to savor a delicious lunch at a family-owned restaurant in the medieval clifftop hamlet of Ceri, followed by a visit to the Medieval - Renaissance Castello Orsini - Odescalchi in Bracciano (also referred to as the Bracciano Castle).

TOUR ROME AS ROMANS DO from Civitavecchia

Why not tour Rome as Romans do?  This tour was inspired by our (locals of Rome) favorite locations when we wish to be local tourists for the day.

With Vatican Museums and Colosseum Tickets selling out fast and enormous crowds that make sightseeing difficult, this tour skips these challenging attractions for a more relaxing, leisurely, and flexible Rome shore excursion that offers cruisers the opportunity to enjoy the sites that we, Romans, enjoy the most!

On this Rome shore excursion from Civitavecchia, you have the opportunity to visit St Peter's Square -and if the security lines are not too long, you may also visit Saint Peter's Basilica too -, the glorious Pantheon, the lively Piazza Navona, the super-popular Trevi Fountain, the elegant Spanish Steps, the epic Colosseum Square surrounded by magnificent Ancient Roman monuments such as the Colosseum and Arch of Constantine, a panoramic view of the Roman Forum from a belvedere on top of Capitoline Hill, and a birds' eye of Rome from top of Janiculum Hill.

Via Ostiensis is one of the oldest roads of Ancient Rome, extending about 20 miles from the city of Rome to the ancient harbor city of Ostia.  Along this road, you will visit the Basilica of Saint Paul Outside the Walls, one of the fur highest ranking Catholic churches in the world, known s the Papal Basilicas.  Walk in the footsteps of Ancient Romans exploring the ancient Roman city of Ostia Antica.

Via Appia (Ancient Appian Way) is regarded as the Queen of the Long Roads of Ancient Rome.  Constructed in 312 BC, this strategic road extended from Rome to Brindisi in the south-east region in the heel of the Italian peninsula.  Nearby, you will have the opportunity to explore the ancient underground Christian Catacombs. A guided tour will take you through a vast labyrinth of subterranean tombs and crypts.

Thank you for reading our travel blog 5 Top Rome Shore Excursions from Civitavecchia.